As Doug and I set out to build Wanderful Media, we decided to do some things very differently than MerchantCircle. One of them was putting design at the core of the company DNA.  The addition of Dave Thomsen as a member of our leadership team alongside of a couple of other key design members added to the team reflects this decision and is of course leading to a lot of interesting discussions in the office. 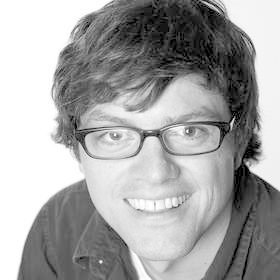 Dave joins Wanderful Media from IDEO, a global innovation and design consultancy, where he directed innovation programs for a variety of consumer electronics, communications and media companies. While at IDEO, he also taught courses in design methodology, visual thinking and prototyping in Stanford University’s Design Division.

Formerly, Dave led multidisciplinary production teams at Yahoo!, helping design and run record-setting coverage of the FIFA World Cup. He has produced online coverage for four Olympic Games for NBC Sports and also contributed to the design, development and launch of interactive experiences for Quokka Sports. Thomsen holds a B.S. in engineering from Northwestern University and a M.S. in product design from Stanford University.

Thomsen brings a human-centered innovation approach to Wanderful Media‘s product development team, with an emphasis on understanding user needs, prototyping and iterating toward a solution. With weekly sessions directly with users on each next pass at a new set of prototypes, it is an inspiring way to build a product that is teaching everyone involved something new every week.  His commitment to the user alongside of his ability to rally people in a common direction is a pleasure. Our leadership team has worked with Dave before and know from experience he will be instrumental in our building a product that’s engaging, beautiful and with a great user experience.