The Newspaper Industry and Digital Ads

Newspapers are probably never completely going away.   In fact, they are never going away.  Newspapers have traditionally supported themselves through advertising. Advertisers pay newspapers to publish their ads, which gives the papers the money they need to publish the paper, pay reporters and perform administrative tasks. Now that many newspapers have entered the digital age by offering online editions, advertising may seem to be superfluous, but it’s not. Newspapers still rely on advertising, although t 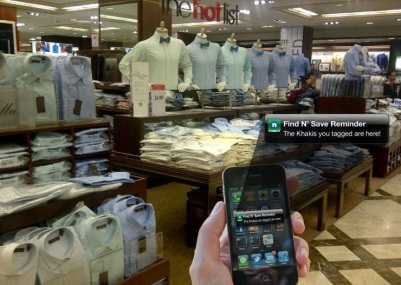 hey may use digital media rather than traditional print ads.  The fact is today, newspapers still make more money from print ads and paid circulation that digital ads.  That will change.

Newspaper Advertising Before The Digital Age

Thus, newspaper advertising was common forty years before the American Revolution, although the idea of developing businesses to create ads didn’t come along for another hundred years. The first ad agency opened its doors in 1843, and by the turn of the 20th century newspapers were using advertising rather than newsstand prices to support themselves.

In the 115 years between then and now, advertising evolved along with consumer protection laws. The federal government banned patent medicines, required food manufacturers to list ingredients on labels and broke up monopolies in the early 1900s; this led to changes in advertising, including businesses regularly advertising food products in newspapers and companies using sex appeal to sell products for the first time.  The government also began to pass laws against deceptive or fraudulent advertising in response to advertising’s overwhelming popularity in the early part of the 20th century.

In the 1980s, people did not yet regularly go online, although there were services such as Compuserve  that offered limited online capabilities. Several Associated Press newspapers partnered with Compuserve in 1980 to offer online editions, including the New York Times and Los Angeles Times. Compuserve ended its collaboration with the Associated Press in 1982; however, The New York Times continued to offer a limited number of articles online.

During this period, newspapers were more concerned with experimenting with getting stories online than with advertising. They continued to run print advertisements rather than get their advertisements online.

Birth of the Internet

In the early 1990s, people began to sign onto the Internet from their homes. Newspapers began to experiment with putting updates online, and many were predicting that newspapers would become extinct because of the availability of Internet news.

During this era, newspapers also experimented with a new form of advertising: 900 numbers. Some companies paid newspapers to run ads for their 900 number services. For example, churches and synagogues in Atlanta offered free previews of sermons on a 900 number and paid for print ads advertising the number. Similarly, some newspapers encouraged subscribers to subscribe by 900 number. While the ads involved with 900 numbers were still print ads, this was a step towards online advertising; it was the first time newspapers had used telephone services for advertising purposes.

Although many newspapers were fully online by 1995, newspapers were slow to move towards online ads. Print ads continued to be dominant throughout the 1990s. In the 21st century, however, the newspaper industry became aware that it would have to get online in order to keep its readership and its ad revenue. By 2005, companies had spent over $2 billion on online newspaper ads. In 2010, companies spent more on online ads than print ads. That year, they spent $25.8 billion dollars on web ads–$3 billion of which was specifically for online newspaper ads–and only $25.7 billion on newspaper print ads.

Print ads also take advantage of digital media now. Newspapers rely on graphic designers who know how to use software to create digital ads rather than typesetting ads manually, and sample ads are often emailed to advertisers for approval before being printed in the newspaper.

In spite of opinions they need to be restructured to small local businesses, print newspapers and print ads still exist today, but they take advantage of digital media for production. In addition, newspapers produce the bulk of their ads for the online edition to attract more advertisers as well as more readers.  At ShopCo Holdings and FindnSave, we are helping the industry take another step forward in digital advertising across the web, mobile, tablets, and social much like their efforts with CareerBuilder, Cars.com and other efforts in the 1990’s.

We are still working on that new name I discussed earlier and now you can see where the idea for 1704Media came from.

1 Response to The Newspaper Industry and Digital Ads